The ESP8266 is a system on a chip (SOC) Wi-Fi microchip for Internet of Things (IoT) applications produced by Espressif Systems.

Given its low cost, small size and adaptability with embedded devices, the ESP8266 is now used extensively across IoT devices. Although it’s now been succeeded by the newer generation ESP32 microcontroller chip, the ESP8266 is still a popular choice for IoT developers and manufacturers.

In this article, we’ll explain the main features of ESP8266 modules and development boards and their application within the world of IoT.

The ESP8266 module enables microcontrollers to connect to 2.4 GHz Wi-Fi, using IEEE 802.11 bgn. It can be used with ESP-AT firmware to provide Wi-Fi connectivity to external host MCUs, or it can be used as a self-sufficient MCU by running an RTOS-based SDK. The module has a full TCP/IP stack and provides the ability for data processing, reads and controls of GPIOs.

This is based on the ESP-12 module, which we discuss below.

ESP8266 has many applications when it comes to the IoT. Here are just some of the functions the chip is used for:

The ESP8266 modules are commonly found in the following IoT devices:

Chip versus Modules versus Development Boards

As discussed above, the ESP8266 is just the name of the chip. There are essentially three formats you can buy this in:

*Many international markets require shielded Wi-Fi devices, as Wi-Fi produces considerable Radio Frequency Interference (RFI), and shielding minimizes this interference. This should, therefore, be a key consideration for all developers and embedded-device manufacturers.

Manufacturers of Modules and Boards

Some of the largest manufacturers of ESP8266 modules and development boards are:

The Espressif Systems esp8266 is available in the following modules:

Current WeMos boards are the following:

The current Adafruit 8266 board is the following:

The current Olimex 8266 boards are the following:

There is now a wide range of software development kits (SDKs) available, enabling developers to program the chip directly without using a separate MCU.

Espressif provides two official SDKs for use with ESP8266, which are:

Aside from the Espressif options, there are plenty of commercial and open-source SDKs on the market, including:

Which is the best ESP8266 Module or Development Board for IoT?

As the above comparisons show, there are many options available with ESP8266 IoT boards and modules. To help you with your decision making, we’ve summarized some of the most popular below. 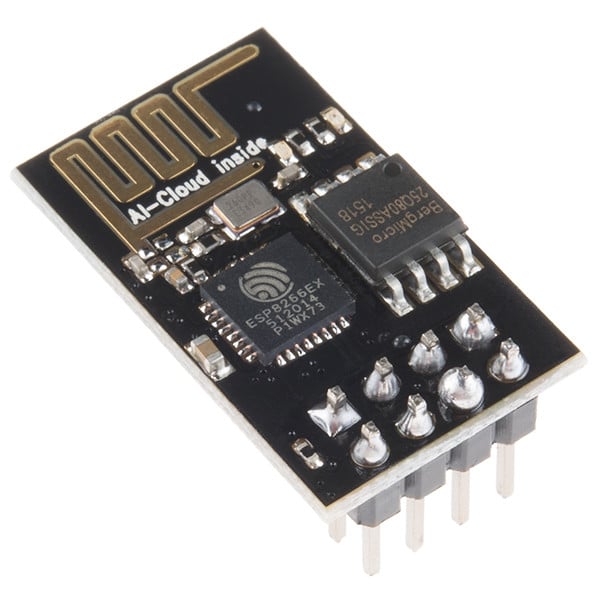 The ESP-01 is one of the biggest selling IoT Wi-Fi modules on the market. It’s widely used in smart home and networking projects.

The default AT firmware enables it to be used in combination with an Arduino. However, you can easily update the firmware with a USB-to-ESP-01 adaptor module.

A common complaint with this board is that the pin posts make it difficult to plug it directly into a breadboard, but this can be easily overcome by building or buying an adaptor module.

There are two versions available, one with 500kb of flash and the other with 1Mbit of flash.

This module was developed to provide Wi-Fi connectivity for MCUs such as Raspberry Pi and PIC and other Wi-Fi projects. It, therefore, does not have GPIOS.

It fits into a breadboard without any problems, but there are some complaints about being stuck with the factory set firmware unless you’re prepared to do some serious modifications. 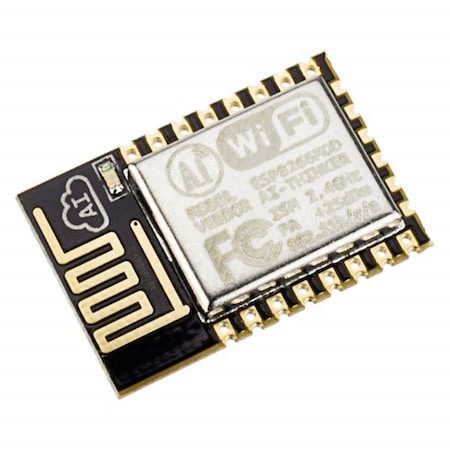 This is a more fully featured module with 11 GPIO pins, an ADC, 4Mbits of flash, and 10-bit resolution. However, the module is not breadboard friendly, meaning you’ll need to use an adaptor.

This board has the ESP-12E module and comes with 4 Mbits of flash and features a row of pins on each side of the breadboard. The board comes with four communication interfaces: SPI, I2C, UART, and I2S, with 16 GPIO and one ADC. The RAM is 160KB, divided into 64KB for instruction and 96KB for data. 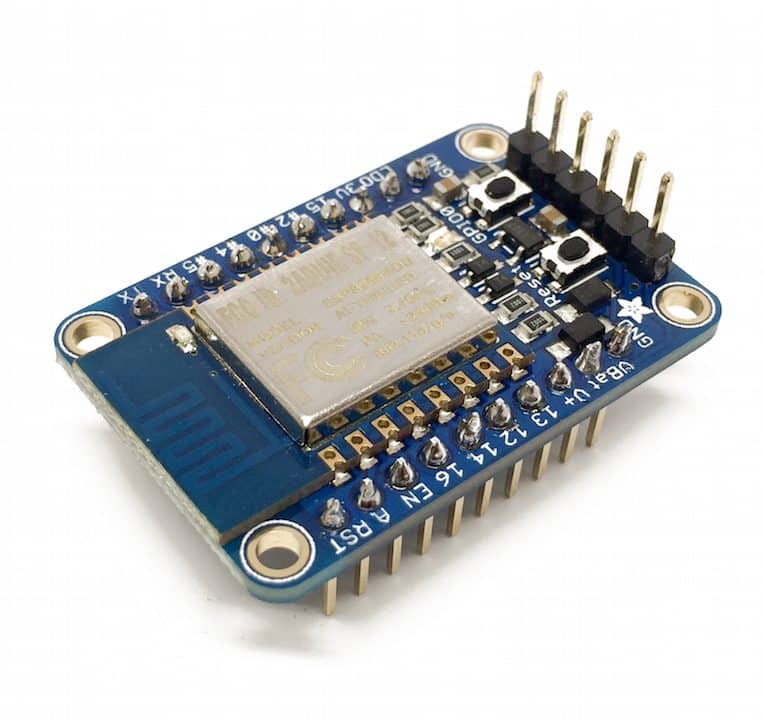 This microcontroller operates at a logic level of 3.3V and is clocked at 80MHz. It comes programmed with the Lua Interpreter, which makes programming simple, with no boot loading required. Alternatively, you can use the Arduino IDE to program it.

There is an onboard CP2104 USB-to-serial converter, therefore you can simply plug it into your computer and upload your code. The board is also lightweight and small, so it’s useful for projects with space constraints.

The WeMos D1 Mini was designed to be one of the smallest possible development boards for the ESP8266 module. It has a micro USB connection and compatibility with several firmware options.

We’ve published a range of IoT resources for our community, including: