How Much Will an IoT Device Cost Your Business?

The successful implementation or maintenance of an Internet of Things (IoT) device usually means an investment of two things: time and money. How you decide to expend those valuable resources on your IoT devices can have big consequences.

In budgeting for implementing any new IoT device, you need to take multiple things into account, including the type and number of devices the system will require and the hardware and software costs. With all the different variables, IoT price prediction can quickly become overwhelming.

In this post, we will go over the main components of an IoT device, how much you can expect them to cost, and the advantages and disadvantages of various approaches to budgeting for a new IoT device.

How Much Do IoT Devices Cost?

An IoT device is any electronic device that contains sensors for collecting data and connects to other devices. An IoT network connects these IoT devices and their sensors to gather and transfer specific data related to, for example, the weather or the level of pollution in the air on a given day.

The first expense consideration for implementing an IoT device is the cost of hardware, which makes up 30% of the cost for any IoT technology. First, there’s the cost for the sensors, which can vary greatly depending on your project.

For weather and environmental monitoring, you need lots of connected sensors over a wide network, so the cost will be higher. If you’re using sensors for agricultural automation, a small device with a basic temperature sensor can be enough to help you create an ideal environment for your plants and products. For security monitoring, you might need movement sensors and advanced biometrics scanning sensors. Prices for these IoT sensors have fallen over the last couple of years, and they can cost as little as $0.38 each.

You will also need WiFi modules to connect your IoT devices to the internet. A single IoT project can involve dozens of devices, and every device needs an IoT module. The ESP8266 is one of the lowest-cost WiFi modules at just $4 to $10 in low volume and in high volume below $2.

You’ll also need to gauge just how big and complex the IoT system is going to be. For example, it doesn’t cost much for a smartphone or wearable device to connect to monitor your exercise patterns. But it’s going to cost a lot more to create a smart energy grid that monitors and controls usage over a wide geographic area.

The lower cost of IoT devices has occurred, as with many technology-related fields, because the technology is becoming better, more efficient, and cheaper to produce. This has brought the IoT industry more into the mainstream and made producing the devices more profitable for manufacturers.

Unfortunately, ramped-up production has also led to an increase in the number of poor-quality IoT devices, which can compromise the data in your project. The average cost of a data breach is over $4 million, so going for the cheapest device isn’t always the best option for reducing the financial burden of IoT. That’s a case of that old saw, penny wise but pound foolish.

Therefore, it’s important to take the time to analyze how many devices you plan to implement, compare the specifications and reviews of different hardware to find the best quality in your price range, and then estimate the overall cost of these devices. 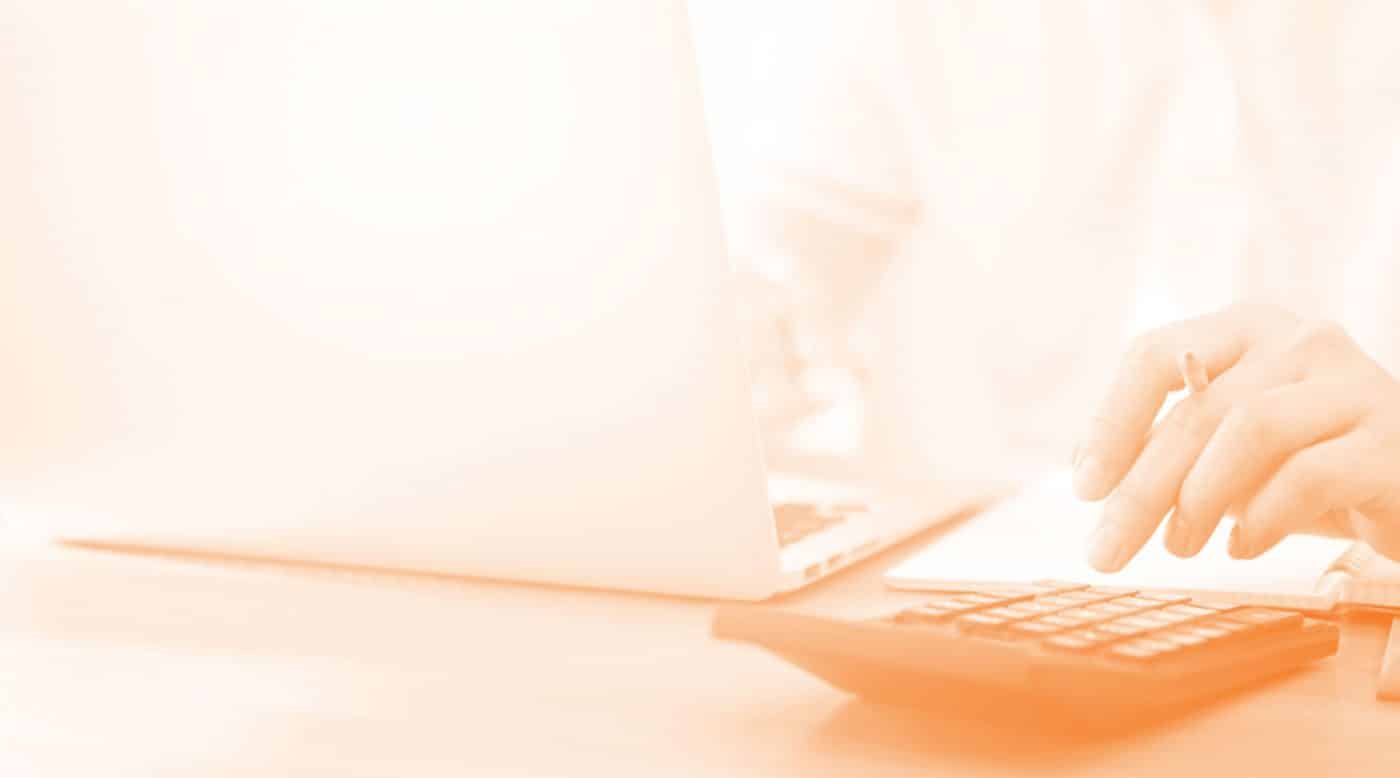 After hardware, your next cost is going to be IoT software. Many devices contain embedded software, meaning software that sits in the device rather than in a computer somewhere. Embedded software is what allows sensors to function properly to gather and then transmit data. It also guides actuators, meaning the parts of an IoT device that perform an action. In industrial IoT, embedded software in an IoT device might perform low-level analysis of temperature data in order to turn off a machine if it starts to overheat. Or, an embedded chip might provide connectivity through Bluetooth or Zigbee.

IoT devices with embedded software often need batteries so that they can operate independently and support a miniature internal processor called a microcontroller (MCU). This works kind of like a tiny, low-powered version of the central processing unit, memory and storage for your computer. Microcontrollers and chips that provide connectivity tend to be quite reasonably priced at potentially less than $5 each if you need something that can handle a full internet, crypto and IoT stack and still have room for the application in mind.

Another significant aspect of pricing IoT devices is paying for an IoT network host, ie. the cloud infrastructure. When IoT was in its infancy, a monthly subscription model for hosting devices was the main option available to consumers.

However, subscriptions often don’t take into account the number of devices you need to connect or the load they put on the network. If you have a few basic IoT devices, you’re probably paying for services you don’t need and will never use. Plus, many devices have life cycles of upwards of 20 years, so overpaying month after month adds up to an enormous cost. Other devices may “only” last five years, which will still bring high costs if you’re paying monthly.

Now, some hosts charge a one-time fee for a set number of devices. You’ll simply pay based on the number of devices you plan to connect to the network. Nabto’s Peer-to-Peer (P2P) connectivity platform lets you connect a network of IoT devices with a transparent up-front pricing plan. Our new predictable component pricing model allows you to pay a one-time entry fee to the Nabto platform. Next, you pay a completely transparent one-time upfront fee based on the number of devices you want to connect to the platform, and we provide at least five years of unlimited IoT connectivity services for all those devices. Assuming your devices have a longer lifespan than five years, you can pay a reduced price for an additional five years.

Our pricing model takes into account the devices you need to connect to your IoT system in the future as well. As long as you have some idea of how many devices you’ll be adding to your plan each year, you can know from the start how much you’ll be paying instead of having to rethink costs every time you add new devices to the system. So this model can save you a great deal of money in the long run, and help you to predict and minimize the overall costs for your IoT system.

Self-hosting is another option. Self-hosting means you pay an initial set-up cost for creating an in-house hosting infrastructure and then pay greatly reduced maintenance and network costs over time. While this can be the cheapest option overall, you will have the expense of paying for  in-house experts to set up and maintain your systems. Plus, you’ll have to spend time monitoring security and fixing problems as they arise instead of relying on a hosting service to solve issues for you.

How Nabto Can Help

In many cases, IoT systems gather data and send it to a central cloud database for analysis. These database platforms often charge you based on the amount of data you need to process. However, some simple data might not require a lot of processing. For example, let’s say you have an IoT air quality monitoring system in your manufacturing facility. You want to be able to alert maintenance if certain chemicals reach low levels. You want to be able to alert all of your workers to evacuate the area if the chemical levels become too dangerous. You want to be able to warn them quickly if that happens, so you don’t want to have to take the time to move through a database. The data is basic enough that it shouldn’t require a whole lot of processing, and cloud databases are expensive.

At Nabto, our decentralized P2P solution protects you against paying for cloud services you don’t need. First let’s take a look at the alternative: a centralized database, such as Microsoft Azure or AWS. When you use a database, all the information from the device that you want to send to the end-user has to run through a central relay. The more data you need to transfer, the more servers you need and the higher the cost of paying for the relay. Which means that the bigger and more successful your IoT project is, the more it will end up costing you.

But when you use Nabto’s decentralized AEP (Application Enablement Platform) system, you can establish a P2P connection. There is no central relay: you send data directly from sensors to the user rather than storing it, so you won’t need to add any servers – no matter how big you grow. In the air quality monitoring example, air quality sensors can gather the data about chemical levels and communicate that directly to your employees’ smartphones or smart watches.

Anticipating how IoT device implementation will cost depends greatly on scope and resources. But making an educated guess is still possible if you know what to prioritize. If you plan ahead, you create an IoT device that works for you and your users – and you can save yourself some money along the way.

Want to see how Nabto can help you with long-term IoT hosting? Get in touch today and book a free consultation.

We’ve published a range of IoT resources for our community, including: