Nabto has newly been involved in a bigger research project funded by the European Union, where they are using IoT in drones. The main focus of the project is the development of autonomous systems used in different fields such as automobiles, trains, and farming. Furthermore, the goal is to develop verification and validation tools to ensure the correct operation of autonomous systems. This is where Nabto’s technology has had influence on a drone solution.

The research project is called ENABLE-S3 (European Initiative to Enable Validation for Highly Automated Safe and Secure Systems) and has more than 70 partners from 15 different countries. One of the partners is The Institute for Applied Microelectronics (IUMA) at the University of Las Palmas de Gran Canaria, Spain. In this project, IUMA is applying hyperspectral technology to precision agriculture (a farming management concept based on the use of advanced technology to monitor and evaluate crops).

Together with Nabto and other European institutions, IUMA has developed a system using drones equipped with hyperspectral cameras to detect the health of a harvesting field, its level of maturity, the lack of water and other possible complications. The use of IoT in drones and hyperspectral technology makes it possible to see the unseen, which helps the farmers to detect potential problems in advance in their crops and respond immediately. 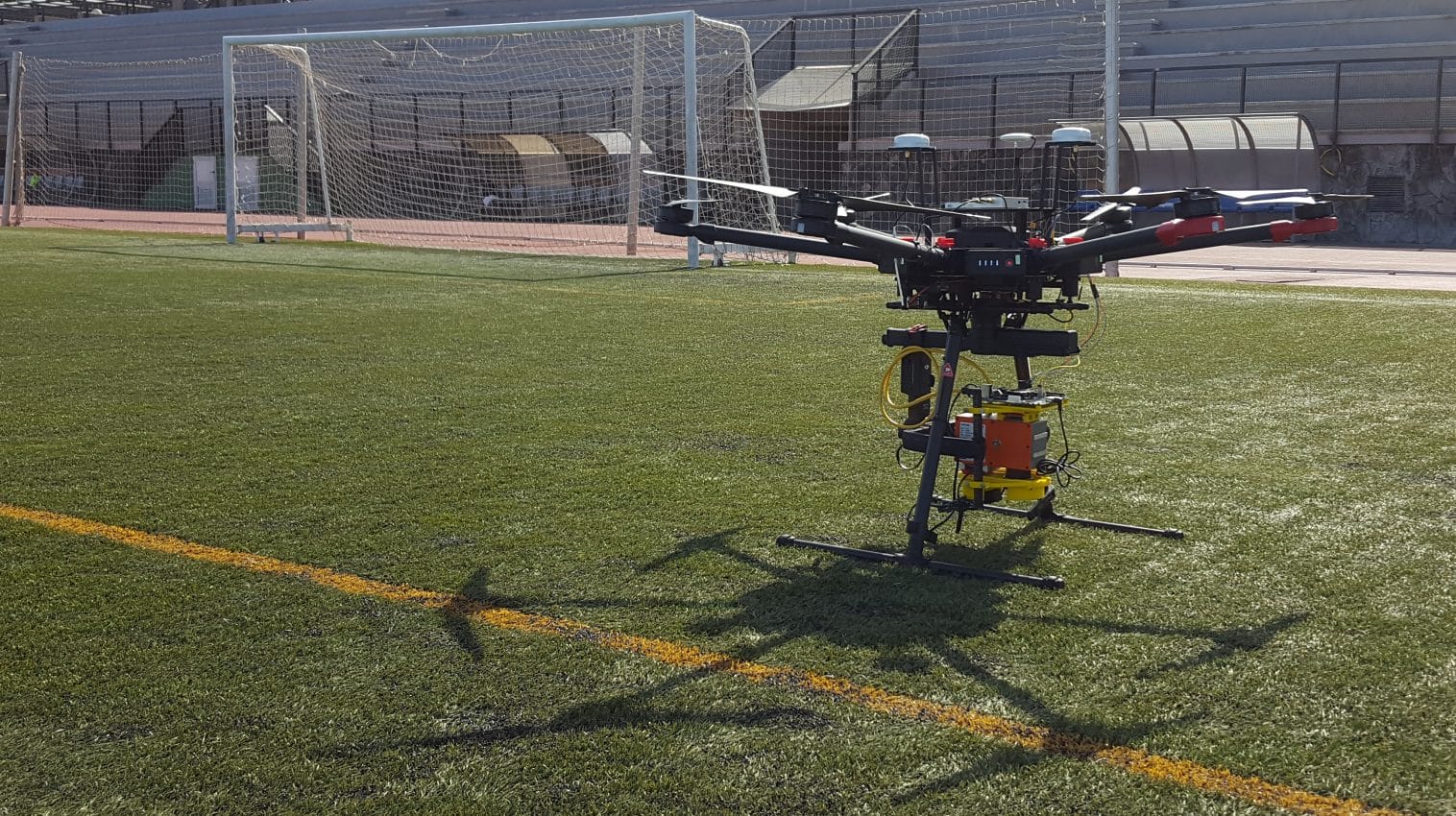 The result of Nabto’s technology

With Nabto’s technology and IoT in drones, a real-time connection between the remote control and the drone is enabled. This makes the client at IUMA able to detect failures exactly where and when it is produced, so they are able to make corrections. This means the Nabto solution allows IUMA to check their codes in the drone, while the drone is flying over the fields. It also makes it possible for IUMA to fly and control the drone directly from their laboratories, even though it is far away from its location in the harvesting field, and receive the status of the drone in real-time.

“The benefit now is that we are able to detect errors in real-time while flying, and we can see exactly in which line is our code at any time because we have the technology and IoT in the drones,” says José F. López, deputy director of IUMA and professor of Electronic Technology at the University of Las Palmas de Gran Canaria, Spain.

Before applying Nabto’s technology the debugging procedures were a long and exhaustively process. Earlier, if there was an error, the drone had to land to get analyzed in order to detect where the error was produced before it could fly again.

“Now it is much easier to find out exactly where the error is produced and fix it. In that sense, we have shortened our verification times by using NABTO’s technology and we are more confident with our codes,” says José F. López.

Being a part of a European Union research project ENABLE means a great deal for Nabto, that see many possibilities and benefits in the use of remote access in autonomous systems. Learn more about ENABLE-S5 here

The Institute for Applied Microelectronics (IUMA) is a research center at the University of Las Palmas de Gran Canaria (ULPGC), located and founded in Spain 1989. The Institute’s main research areas are design and integration of electronic systems, development of image processing algorithms, computer science and mathematics.

Today IUMA comprises 49 doctors and around 60 researchers. IUMA is structured in 7 divisions, whereas the Integrated Design Division (ISD) is one of them. ISD is developing a diversity of applications based on image processing in general and hyperspectral technology in particular. Health, security, industrial inspection, art restoration, and together with the use of drones, precision agriculture and other applications, are just some examples of national and international projects in which IUMA is involved.